All contests, giveaways and site events will take place here.

Pick something, or debate that shit! SUGGESTIONS

And remember, contests are all about winning, so do your worst, cheat like a motherfucker! 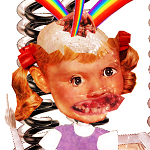 music inspired by fucked up drawing sounds awesome! i do that alot already would be really cool to see what other people do with same pic!
not so into the idea of using other genres, dont personally see the artistic merit in mashcore stuff, its just seems like rehashing others rather than being original, but thats just me personally, the 30sec track or track made with one sound, also seem like a really cool idea, mix the 2 together and we could have something cool too,
SPLATTERKORE!!!!!!!!!
Top

i vote for sample-pack contest.
and im an admin. i have as many votes as necessary for it to happen
https://www.facebook.com/BreakforceOne || https://soundcloud.com/breakforce-one

I am a Admin. Kneel before me!
Top

Fuck the admin, i like it all, i'm already in, no hesitate....
oh what a wonderfull world @
http://verdroid.wix.com/verdroid www.mockradar.com
Top

I am a Admin. Kneel before me!
Top

Maybe a sample-pack, with a drawing added?

ohmega sir wrote:the 30sec track or track made with one sound, also seem like a really cool idea, mix the 2 together and we could have something cool too,

I like this idea too, 30 second track, made with one sound only!

Love the 30 sec one sound thing to. Would love it more if every contestor would use the same sound
oh what a wonderfull world @
http://verdroid.wix.com/verdroid www.mockradar.com
Top

Ow that much that i am thinking right now

happy and excited. I hate breakcore contests r great.
who won the last one btw ?
oh what a wonderfull world @
http://verdroid.wix.com/verdroid www.mockradar.com
Top

I don't think anyone actually 'won'. But if I have to cast a vote, I'd say Pep did

+1 for pep
oh what a wonderfull world @
http://verdroid.wix.com/verdroid www.mockradar.com
Top

Haha, thanks for the compliments, but i really don't think i deserved to 'win'. I can think of at least 4 tracks better then mine

Also, indeed wasn't really a contest even, just a nice get to getter of old and new buddy's cultivating in a nice album/semi-contest thingy. (The well known animal planet circle jerk)

And fuck yeah a new contest. thanks for opening a thread kowalczyk! I'm really up for it, really need a mental break and what better way than make some cool music with my buddy's.

So yeah, i'm all up for any of the types suggested in this thread, or maybe a combination as mentioned. Never really made a track based on something visual, sounds interesting!

So i don't know, a combination? With visual art as guideline sounds really inventive, would really have to think how to get something visual in a sound format. Really cool idea!

30 sec is interesting as well, and what ohmega said, 1 sample and a visual guideline to work around really sounds like sick limitations that i think can render some really cool artistic expressions. (Or it can sound shitty as hell, but then it's even better

I really don't know what to choose. All ideas sound cool. Should we make a poll? Or just discuss it and see where it lands?

With the 30 sec limitation we could even think about multiple submissions per person entering. (Obviously a limit to the amount

) Or we could just make 1 submission mandatory so we really have to give our all in the 30 sec format !!

Also what do you guys consider 1 sample? Like a loop? Or just really 1 sound byte/pad thing?(Of a certain length)
If we really make it like 1 sample/sound of 5 seconds or something that would be a sick limitation, but it would be super interesting to see what everybody can do with cutting it up really going effect crazy and coming up with really super different tracks!!! With a loop we obviously have some lesser but still very nice limitation that would give us a lot more variety i guess, a lot can be said for both.

I really am up for this, sounds like some crazy shit.

I'm all for the 30 sec/ 1 sample/visual mix type. But i ll go with the majority of what everybody wants.
Top

30 second, 1 sample, + a visual to work from sounds like a plan.
The sample should be varied, not a loop, but not too plain. Like a 5-10 second field recording, or a short snip of orchestral music, where there's both high and low pitches, and different transients to produce (maybe) rhythm from, if you decide to go that way.
A lot can be done with only a little.

If I may, I'd like to come up with the visual; someone else come up with a sample. It could be a drawing, a fucked up photoshop collage or a picture.

And several submissions per contestant is a-okay.

I have a bunch of fx samples. Ill drop one and you guys can say: "yes verdroid, that's the best sample you could have for this specific contest". Answered realy honest or sarcastic
oh what a wonderfull world @
http://verdroid.wix.com/verdroid www.mockradar.com
Top

Users browsing this forum: No registered users and 1 guest